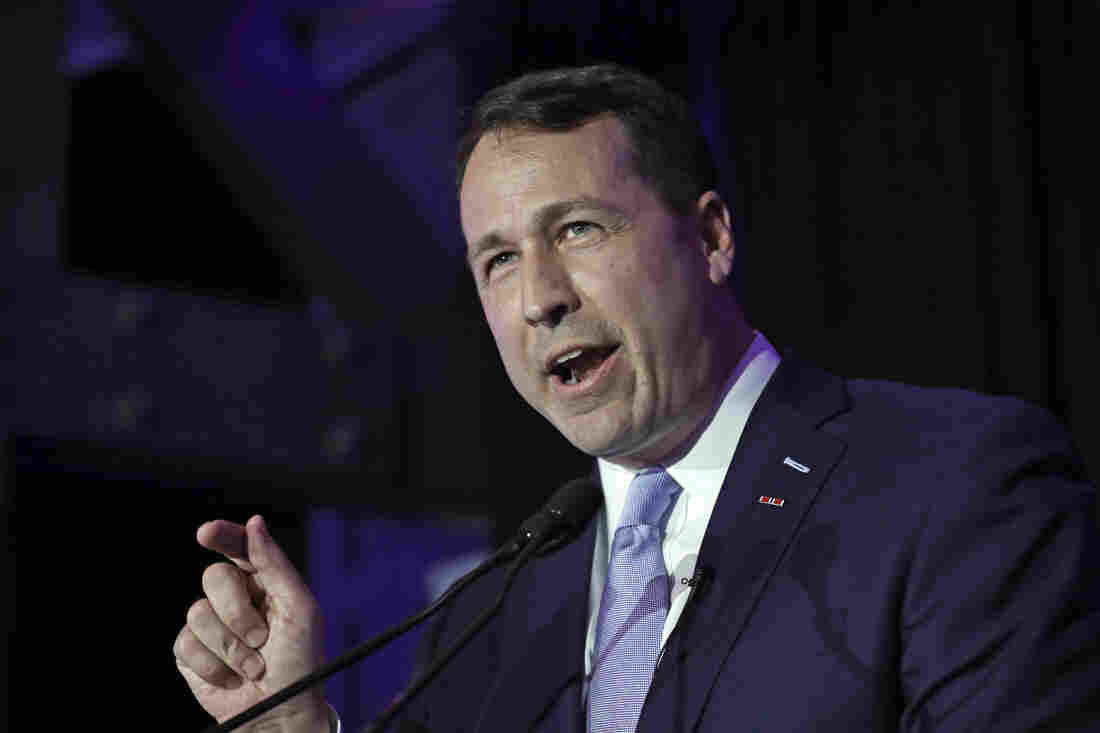 North Carolina Democratic Senate candidate Cal Cunningham said Monday during a debate that he would be “hesitant” to take a vaccine for COVID-19 approved by Election Day, leading Republicans nationwide to characterize him and Democrats as “anti-vaxxers.”

Cunningham, an attorney and former state legislator, is trying to unseat first-term Republican Thom Tillis. The race is one of the most closely-watched this year and could decide which party controls the Senate.

When asked a hypothetical question about a vaccine, Cunningham said “he has questions.”

“Historically and traditionally I would support and have confidence in the Food and Drug Administration and the processes they go through to approve a drug,” Cunningham said. “But we have seen an extraordinary corruption in Washington.”

Cunningham said he would be “hesitant” to take it and would “ask a lot of questions.”

Cunningham’s skepticism comes as President Trump makes repeated claims that a COVID-19 vaccine could be available before the election. The president said in an interview on Fox News Tuesday that a vaccine would be available in “weeks” even as scientific officials and the pharmaceutical industry caution that it will be 2021 before one will be widely available.

Tillis criticized Cunningham for his comments, saying he has “put lives at risk.”

“We just heard a candidate for the U.S. Senate look into the camera and tell 10 million North Carolinians he would be hesitant to take a vaccine,” Tillis said. “That’s irresponsible.”

Tillis said he would get a vaccine as long as it was approved by the FDA, which he called the “gold standard” of safety.

In an interview after the debate, Cunningham walked-back his earlier comments.

“The point that I’m making is that we need to go through that due diligence,” he said. “We need to make sure that our public health professionals, our medical professionals, the FDA, and the professionals and scientists there sign off in this. If they sign off, free of politics, then I’ll take that vaccine. I won’t hesitate. My family won’t. We’ll make sure that it gets deployed.”

After the debate, Republicans criticized Cunningham’s answers as “outrageous” and “dangerous.” Arkansas Senator Tom Cotton said the Democrats are the
“party of anti-vaxxers.”

For Democrats, the issue of a vaccine approved by the Trump administration has been difficult to navigate.

Democratic California Senator Kamala Harris, whom Joe Biden picked as his running mate, said last week that she would not trust President Trump’s word about the safety of a vaccine.

“I will not take his word for it,” Harris said.

Biden, however, said last week that he would take a vaccine “tomorrow” if it was available. He did criticize the Trump administration for “playing politics” with recommendations from health professionals about the pandemic.

Drug companies working on a vaccine have said they will not compromise safety to deploy a vaccine quickly. Anthony Fauci, director of the National Institute of Allergy and Infectious Diseases, has been at odds with the Trump administration at times over its coronavirus response. He has said however that he doesn’t think political pressure will influence safety trials.

Polls show the race tight. A Monmouth University poll from early September gave Cunningham a slight lead, with 46% of the vote to 45% for Tillis.