Mystery as Australian dad, 24, is almost beaten to death in leafy English market town as his heartbroken mum makes a desperate plea to strangers to help her fly to the UK to be by his side

A young Australian father who moved to the UK to care for his toddler daughter is fighting for his life in hospital after being ‘violently assaulted’ by thugs.

Jake Perry, 24, is on life support with serious head injuries inflicted during a random attack on Sunday morning in the leafy town of Alton, in Hampshire in the south of England.

His mother Erika Perry made the desperate dash to be by his side after crowdfunding money for the flight and obtaining a travel exemption to fly out of Australia.

In a tearful video on social media the single mother begged the community to help pitch in so she could visit her only son. 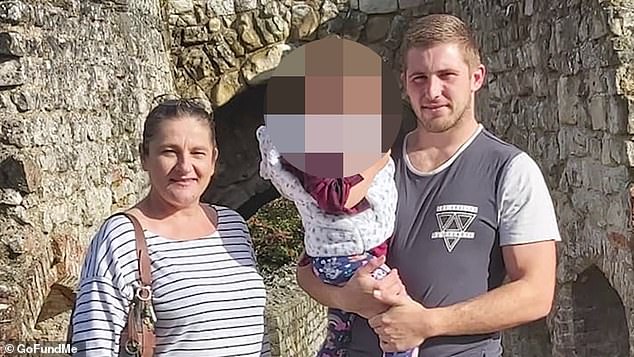 Jake Perry, 24, (pictured with mother Erika Perry) is on life support with serious head injuries caused during a random attack on Sunday morning in the leafy town of Alton, in England’s Hampshire region

‘Let me be by his side before it’s too late,’ she said.

‘While I am hoping for the best outcome, his status is critical and time is of the essence. If I am able to see him anytime soon, it will only be with your help.

‘I am a single mother without the means to do this and desperately need your help.’

Mr Perry had relocated to Alton several years ago to raise his three-year-old daughter, leaving his mother on the ‘other side of the world’.

After being admitted to the Southampton General Hospital doctors discovered a massive hematoma which caused significant swelling and bleeding on the brain. 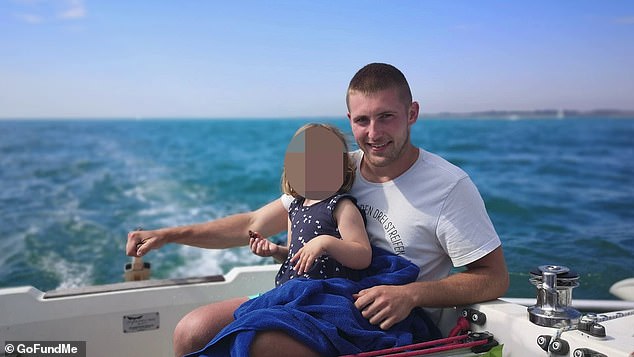 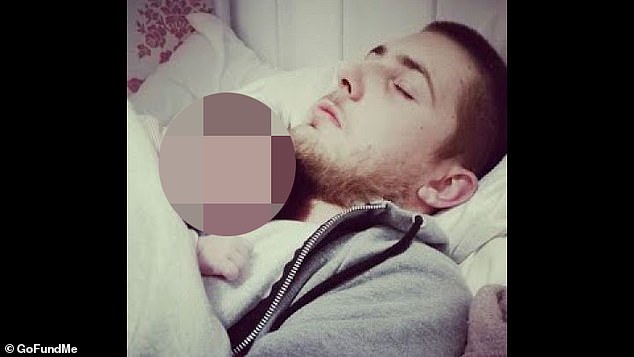 Ms Perry described Jake as a ‘fun, energetic, young man’ who is a ‘loving son’ and ‘great father’

According to police the injuries suggest he wasn’t in a fight, but was attacked without warning.

Ms Perry described Jake as a ‘fun, energetic, young man’ who is a ‘loving son’ and ‘great father.’

The grieving mother had been told a flight would cost around $14,000 because of international travel bans in place due to COVID-19.

But the Gofundme campaign was so successful generous supporters helped her raise more than $20,000 in only 24 hours.

By Thursday she had managed to arrange a flight through the Australian consulate to the coronavirus hot spot which is listed as a code red country on the government’s travel advice website Smart Traveller. 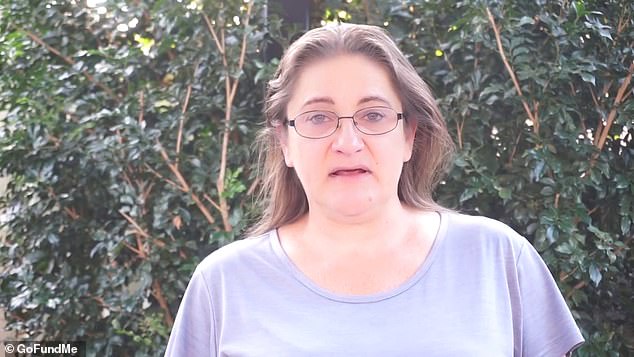 She hopped on a plane, thanking her supporters for giving her a chance to see her son one last time.

‘I cannot explain how grateful I am, or how much this restores my faith in humanity,’ she said.

‘All of this has happened so quickly that I could never have imagined it would be possible, but thanks to all those very special people who have helped me through the last 48hrs, it does look like I will be able to see my son. ‘

Three men in their 20s have been arrested and charged over the alleged assault.