Huge $5,000 fine for any Melburnian who tries to travel to regional Victoria without a ‘lawful reason’

Melburnians will be slugged almost $5000 if caught trying to sneak into regional Victoria under a tough new penalty.

Victoria Police will crack down on regional travel as coronavirus rules ease outside of Melbourne at midnight on Wednesday.

The $4957 fine will apply to any adult who tries to travel out of the city without a lawful excuse.

Deputy Commissioner Rick Nugent said the fine was designed to deter people from Melbourne attempting to run the gauntlet. 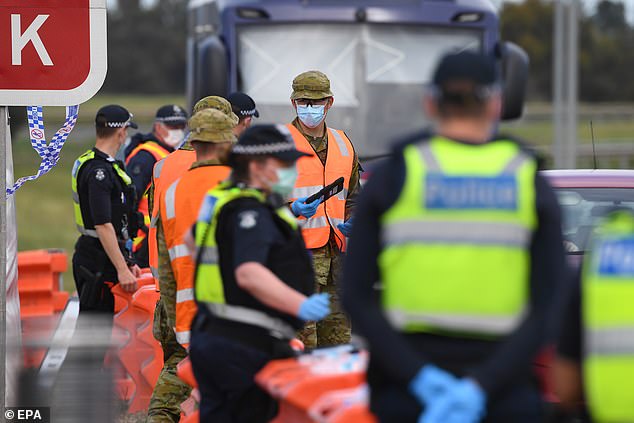 Melburnians will be fined almost $5000 if caught trying to sneak into regional Victoria. Pictured: Victoria Police and ADF personnel work at a roadside checkpoint near Donnybrook, Melbourne, on Wednesday

‘We do not want regional and rural communities to be put at risk by Melbourne metropolitan people,’ he told reporters on Wednesday.

‘We don’t want the virus to spread again.’

Mr Nugent said police would be checking more vehicles at roadblocks out of the city, inevitably leading to long delays.

‘We’ll be checking every vehicle that is towing a caravan, a camper trailer or towing a boat or a jet ski, or that has a surfboard or fishing rods,’ he said.

Melbourne will remain stuck in its Stage Four coronavirus restrictions until September 28, despite hitting a key roadmap milestone. 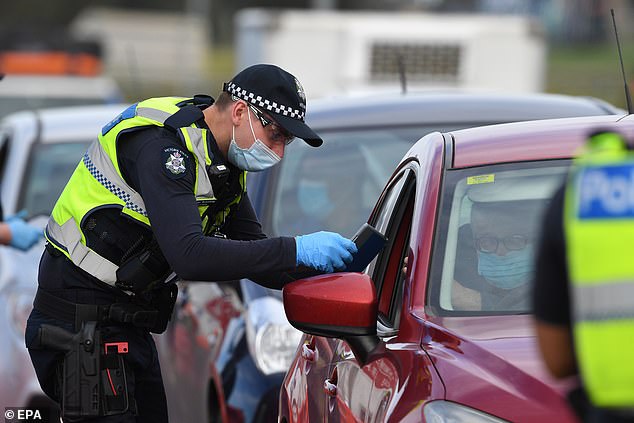 Average new cases must sit in the 30-50 bracket before the government will consider easing Melbourne’s restrictions and, under the roadmap, that is scheduled for September 28.

Premier Daniel Andrews said it would take a lot more than one good statistic.

‘The fact that we are in the 30-to-50 band should be a point of pride, absolutely,’ he said on Wednesday.

‘But we are making an assessment, not today … but for a decent period, for a significant period.’ 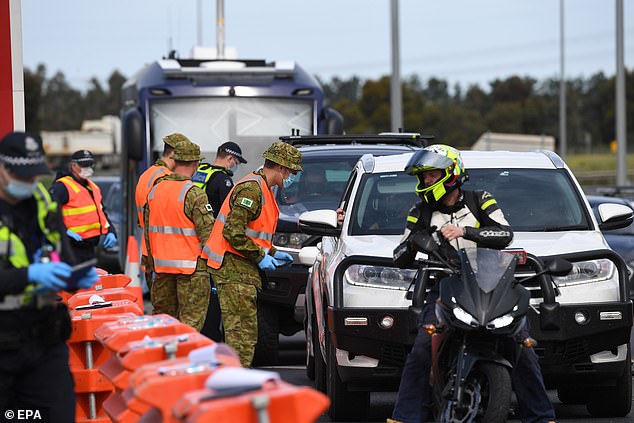 The $4,957 fine will apply to any adult who tries to travel out of the city without a lawful excuse. Pictured: ADF personnel are seen at a checkpoint in Melbourne on Wednesday