Coronavirus cases are back on the rise in New South Wales, sparking fears of a second outbreak.

Fourteen new cases were diagnosed in NSW in the 24 hours up until to 8pm on Tuesday, which brought the total number to 3,203 recorded since January 25.

All 14 new cases were returned travellers now in hotel quarantine.

The spike comes as Melbourne struggles to contain a second wave of new infections with 119 cases in Victoria in the last two days. 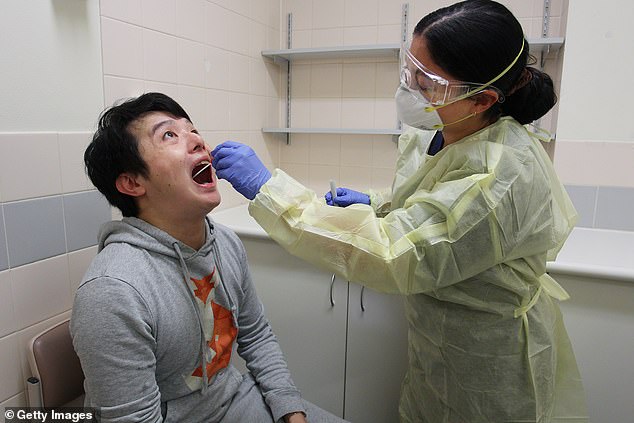 Anyone from NSW who recently visited a Melbourne hotspot must now self-isolate for 14 days.

Health authorities urge anyone who feels unwell with mild symptoms such as a runny nose or scratchy throat to self-isolate and get tested.

NSW has carried out more than 870,000 tests while the state death toll remains at 51, almost half of the national toll.