A female shopper received a creepy text message from a stranger who stole her phone number from a COVID-19 sign-in sheet.

One of the customers received a text message after a visit to Countdown in Glenfield.

The 23-year-old left her contact details on a sign in sheet at the store entry on the weekend after forgetting to bring her phone to the shops. 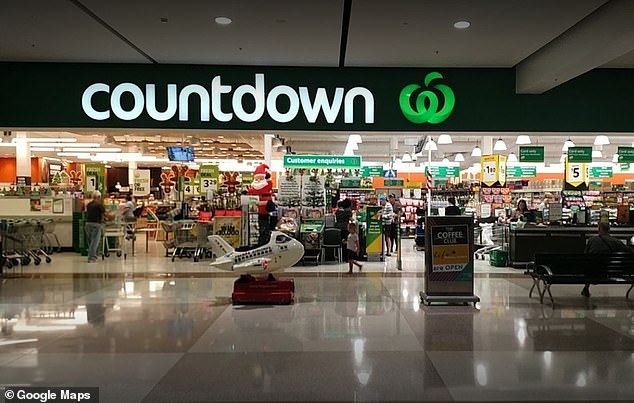 One of the customers received a text message after a visit to Countdown in Glenfield, (pictured) the New Zealand equivalent of Woolworths

On Tuesday morning she was horrified to receive a text message from an unknown number.

When she asked who sent the message she was advised they had gotten her number from a ‘covid tracer form’.

She immediately deleted the text message and blocked the phone number.

The shopper was concerned whoever contacted her may have photographed the entire sign-in sheet.

‘It’s a bit scary to get text messages like that, especially that someone thinks it is appropriate to take your information off something like that,’ she told the New Zealand Herald. 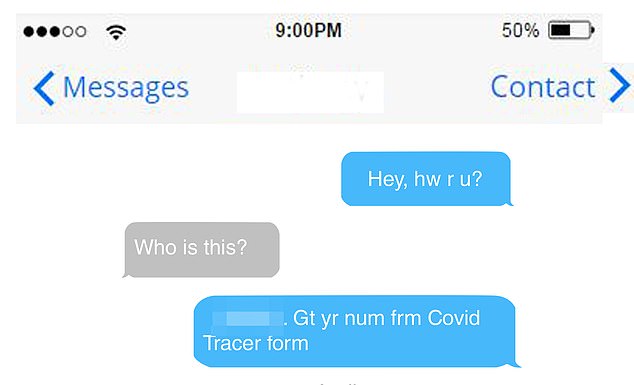 But she laid blame on the supermarket chain for failing to protect the privacy of its customers.

‘And it should be enough for stores to know it shouldn’t be displayed out in the open,’ she said.

‘I’m good at keeping things quite private but to think it could get into the hands of the wrong person … You never know what people will do.’

A spokesperson for Countdown told the New Zealand Herald they would be happy to look into the shopper’s concern and notify police.

The spokesperson said paper forms were under close supervision from supermarket staff before being locked away in the office. 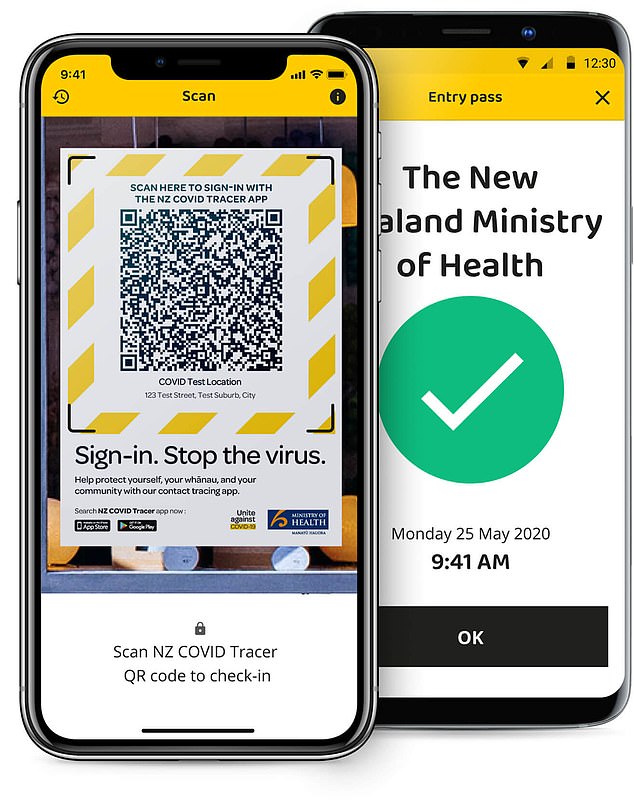 Meanwhile the Office of the Privacy Commissioner is urging residents to use the NZ COVID Tracer app as the best method for tracking their movement.

The office has encouraged the shopper to lodge a complaint with the business over the incident.

If the situation was unable to be resolved, the complaint could be escalated to the Office of the Privacy Commissioner.

A similar incident was reported in May after a customer was contacted by a Subway employee who had visited one of their franchises in North Shore.

The staff member who took the customer’s order was fired after reaching out to her on social media.

He sent her an email, text message and requests on Facebook and Instagram after taking her details from a sign-in sheet.

The sandwich chain now operates a digitised contact-tracing system which is inaccessible to employees.