A Tasmanian juice company has hit back after coming under fire from shoppers over a new campaign thanking locals for their support during the pandemic.

Juicy Isle recently emblazoned ‘Thank you for supporting local’ stickers on its products in appreciation of customers’ support during the coronavirus pandemic.

A shopper expressed outrage over Juicy Isle’s new stickers after noticing them on products at a Woolworths supermarket in Launceston. 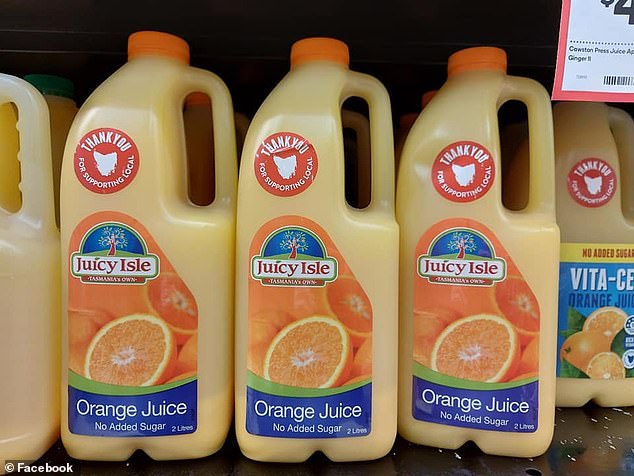 ‘This misleading, disgusting lie of a sticker making people think it’s Australian, it should be illegal to falsely advertise it as something its not! ABSOLUTELY LIES!’ the woman posted in a public Facebook group.

She also slammed the supermarket giant for selling the brand.

‘During these challenging times we are very thankful for the support our loyal customers continue to give use,’ he told Daily Mail Australia.

‘The sticker was our way of saying thank you for continuing to support local Tasmanian business like ours.’ 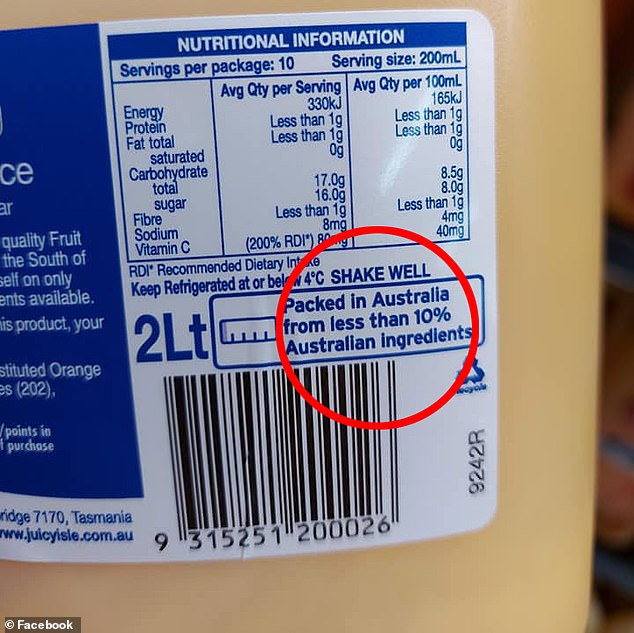 Unlike many businesses, Juicy Isle has kept all staff on during the pandemic.

‘We employ 75 local Tasmanian workers and do our best to support local growers and local businesses,’ Mr Mealor said.

‘We source fruits that are locally available and grown in Tasmania, and are the largest single user of Tasmanian Apples and blackcurrants.’

He added oranges aren’t grown in Tasmania, hence the lack of local ingredients in its orange juice. 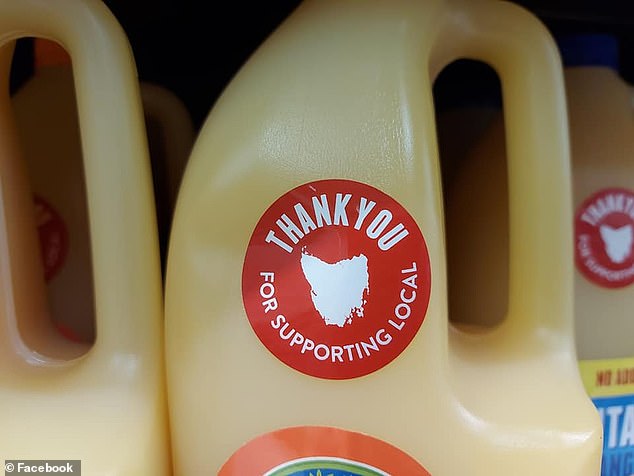 Some agreed with the woman’s claims that the stickers were misleading.

‘The thing is if we did get so worked up about Aussie products and jobs a few years ago we wouldn’t be in such a manufacturing wasteland now. Good on her , it is a bit misleading when you are rushing around a supermarket and just grabbing stuff without time to read the fine print,’ a woman commented.

One  man added: ‘It’s not about the juice. It’s about trying to deceive people into believing they are buying and supporting local, when in fact it’s not.