Strict Wuhan-style ‘ring-fencing’ strategy MUST be implemented in Melbourne suburbs if the city is to stand any chance of containing coronavirus, WHO advisor warns

Coronavirus hot spots in Melbourne should be placed under strict lockdown to stem the rapidly growing second wave of the virus, an expert has claimed.

WHO advisor Mary-Louise McLaws said the Victorian government should implement China‘s strategy of ‘ring-fencing’ COVID-19 concentrated areas to have any chance of containing the outbreak.

The strategy involves locking down communities in high-infection areas and having them unable to leave without special exemptions, while restrictions are eased outside the region.

The method was effective in containing coronavirus in China and during the SARS outbreak of 2003 and Professor McLaws believes it is what Melbourne needs. 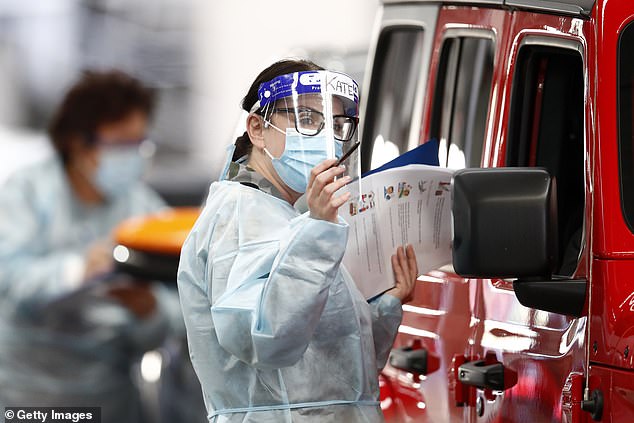 A WHO advisor said Melbourne must lockdown coronavirus hot spot suburbs immediately to stem the second spread of the disease. Pictured: an ADF member doing a coronavirus test at Melbourne Showgrounds on Monday 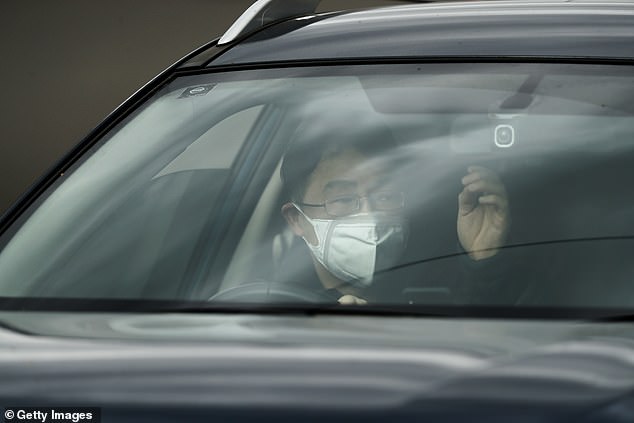 ‘They [China] put in place the ring-fencing of cities, but have then instigated ring-fencing in hotspots within cities, and the success of that emboldens my idea that this could be the way to go,’ she told ABC.

Professor McLaws said a local lockdown should be implemented immediately as results would not be known until after the two week virus incubation period.

‘So now is the time to act, and to act very rapidly,’ she said.

Victorian Chief Health Officer Brett Sutton said the state’s growing coronavirus outbreak ‘will get worse before it gets better’ after the state recorded 75 new cases of the disease on Monday. 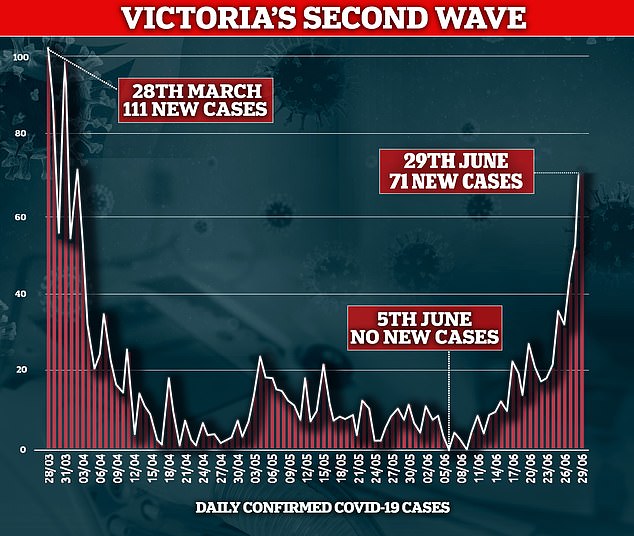 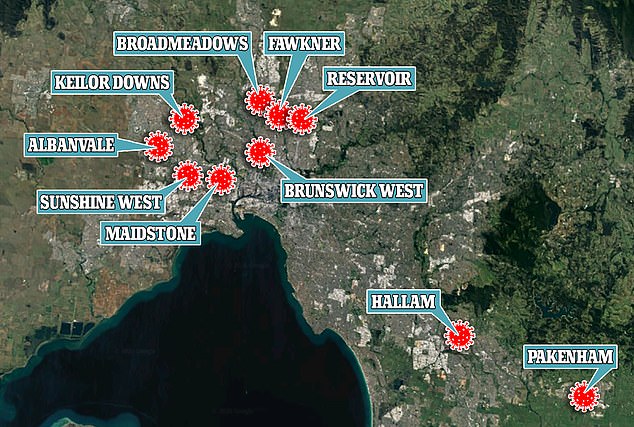 More than 50,000 COVID-19 tests have been done in the suburbs and Professor Sutton wants to see the results before deciding on any further measures to contain the virus.

He expects to see ‘at least’ as many positive cases in the coming days as test results pour in and has kept the option of putting suburbs into a second lockdown on the table.

‘It is absolutely an option and we flagged the possibility of using it and we will use it if it is required,’ Professor Sutton said.

The state government have not yet outlined how a localised lockdown would work, though Professor Sutton believes stay-at-home orders would be involved.

‘It would be a significant logistical exercise to manage a stay-at-home [order] that is just about particular postcodes, particular suburbs or local government areas, so we have to think about all of those challenges,’ he said. 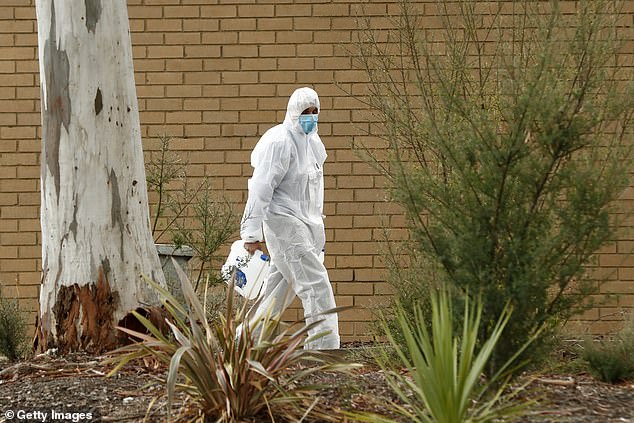 Monday’s increase is the fourth-highest daily total for the state since the beginning of the pandemic.

The last time more than 70 new cases were recorded in Victoria was on March 31, when the state was in its strictest lockdown stage.

Professor Hamish McCallum from Griffith University said the state is experiencing a second wave of the virus.

‘The question is whether it is a ripple, or the start of a tsunami,’ he said.

‘In addition to the increased testing, I think there is a case to lockdown the hotspot suburbs.’ 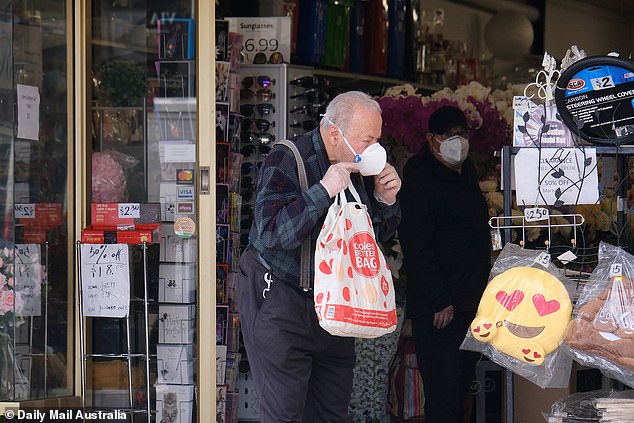 Chief Health Officer Brett Sutton has kept the option of putting suburbs into a second lockdown on the table. Pictured: a shopper wearing a face mask in Coburg on Thursday

FEDS SEND IN HELP FOR VICTORIA IN COVID-19 FIGHT

Hundreds of federal workers are headed to Victoria to help the state’s coronavirus fight after it recorded its highest case numbers in months.

Victoria recorded 75 new virus cases on Monday, the fourth highest number since the pandemic began and the highest since March.

On Tuesday, the state requested help from the Australian government in the form of 800 workers.

One hundred team leaders will support co-ordination of the community door knocking happening in hotspot suburbs, 500 staff will form part of those community engagement/door knocking teams and 200 clinical staff are being sent to fixed testing sites.

‘This is a public health bushfire – just as we help out other states in summer, help is coming from across the nation now – and we are grateful for that,’ a Victorian government spokeswoman said in a statement.