Is that you, Holly? The famous faces who modelled for the Argos-catalogue before they were stars – including lingerie-clad Holly Willloughby and Emma Willis and even Arnie!

By Milly Vincent For Mailonline

If you’ve ever flipped through the Argos catalogue in search of home furnishings, gadgets or toys, you might have spotted some familiar faces.

After printing its last physical edition of the much-loved catalogue this month, throwback images reveal how some of today’s best-known stars have featured in its pages over the last 47 years.

Holly Willoughby, Emma Willis, Arnold Schwarzenegger, and Tess Daly are among those who modelled clothing, underwear and exercise equipment for the Argos catalogue, which will no longer be produced in print.

Argos pulled the plug on the biannual publication after telling employees that Covid-19 had been the final nail in the coffin. 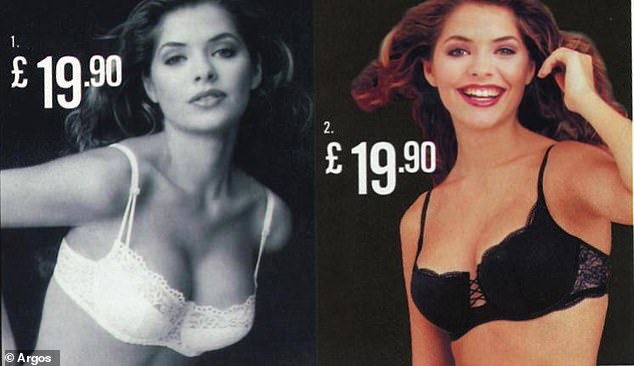 Woah!: In epic throwback photos from the early 2000s, it sees the This Morning presenter, who is now 37 and a mother-of-three, model several skimpy bras priced at £19.90 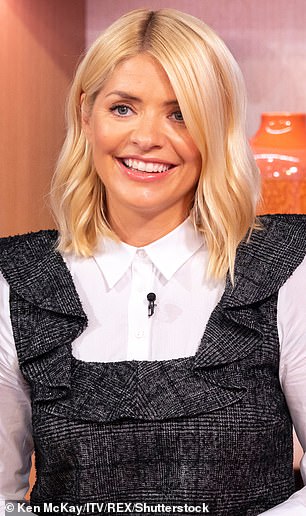 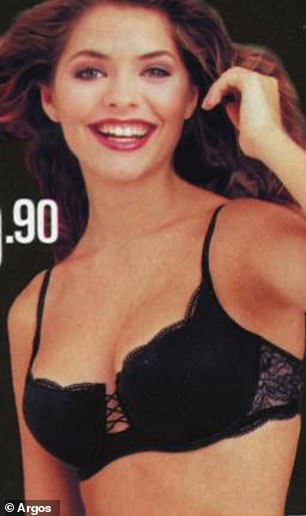 This Morning presenter Holly Willoughby started her career as a model. Age-defying: The snaps also see a young Holly (right) who has barely aged, with her natural brunette hair colour, instead of her signature shorter blonde locks

The epic throwback photos from the early 2000s show the This Morning presenter, who is now 39 and a mother-of-three, model several skimpy bras priced at £19.90.

And it’s not just the Celebrity Juice presenter who modelled underwear for Argos, with Emma Willis also posing in lingerie for the catalogue retailer.

In the epic throwback pictures it sees the Big Brother host, 42, wear a collection of ‘superboost’ push-up bras in a collection of colours, which have the tagline ‘boob job from £18.90’. 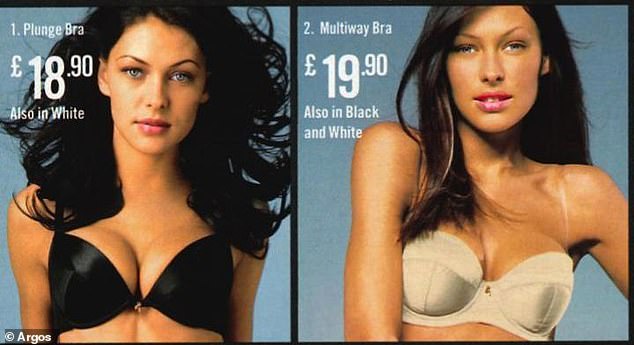 Saucy: And it’s not just the Celebrity Juice presenter who modelled underwear for Argos and Emma Willis also showed off her ample assets for the catalogue retailer 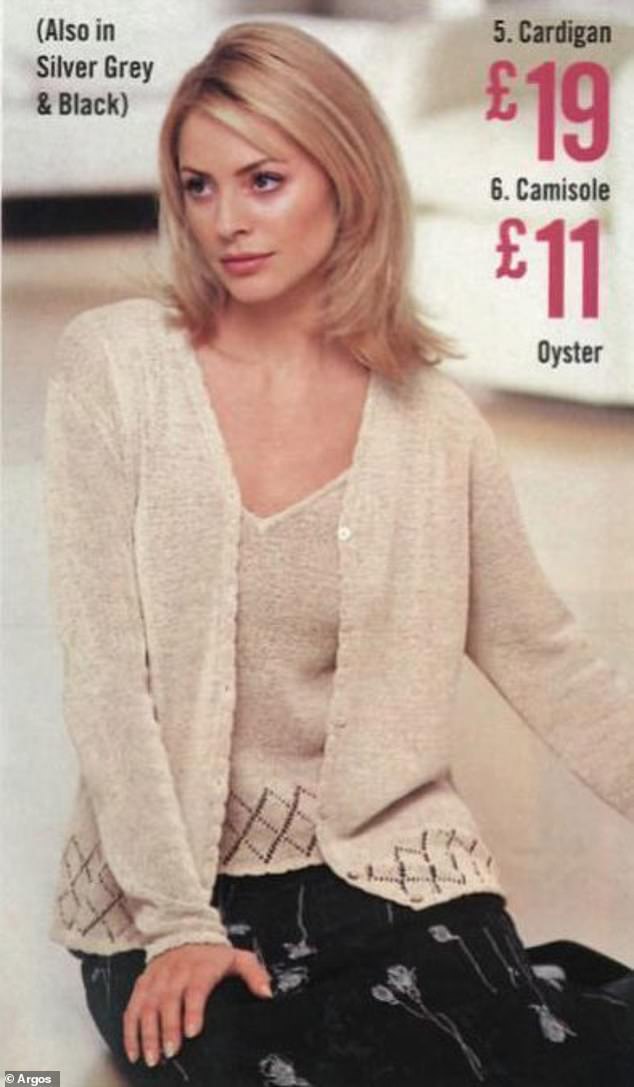 Tess Daly decided to cover up instead of modelling a collection of bras, seen here showcasing a cashmere cardigan

Former Spice Girl Emma Bunton, 44, also made an appearance as a young girl, advertising duvets in the catalogue long before her days of stardom.

And professional body builder Arnold Schwarzenegger, 73, also got in on the act advertising a bicep crunching device. 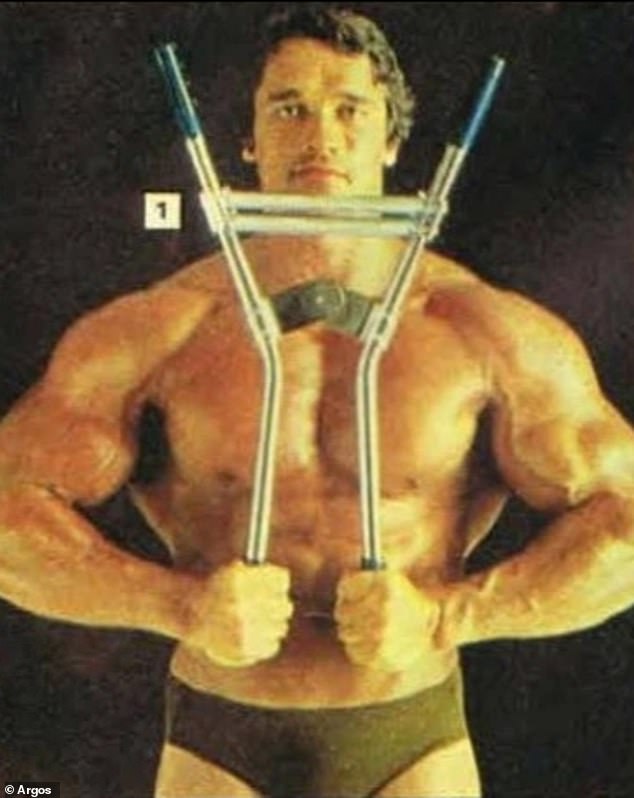 Arnold Schwarzenegger advertises a bicep cruncher in the Argos Catalogue 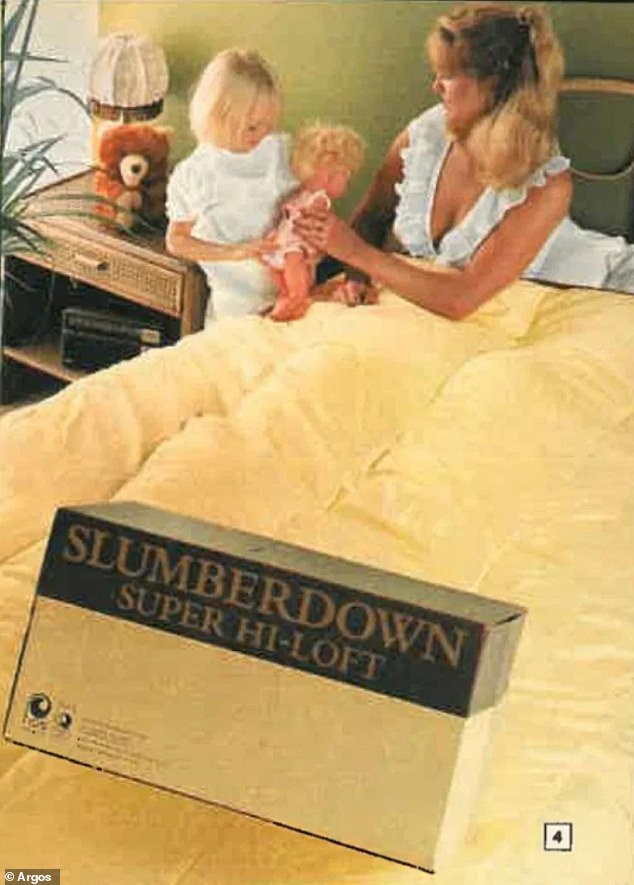 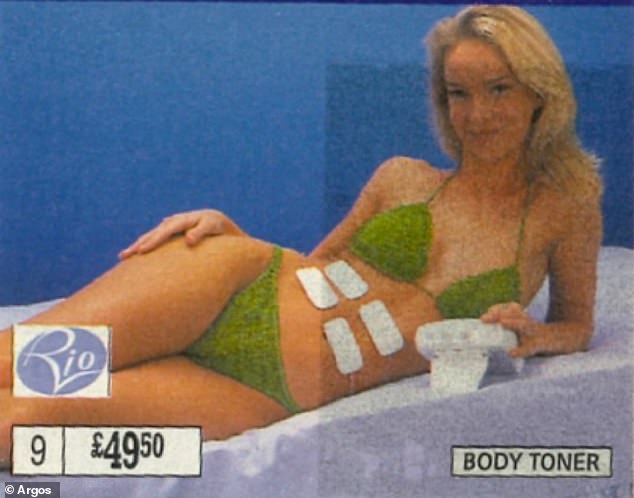 TV presenter Lisa Snowdon cuts a chic silhouette as she models a trench coat in the Argos catalogue (left) and now, 48 (right)