Race, climate change and COVID: Topics are revealed for the final presidential debate as moderator’s ties to the Democrats come under scrutiny

By Andrew Court For Dailymail.com

The topics for the final presidential debate have been officially decided, with President Trump and Joe Biden set to spar over race relations, climate change and COVID-19.

The debate, scheduled to take place in Nashville, Tennessee next Thursday night, will mark the final time the two candidates come face-to-face before the election on November 3.

Moderator Kristen Welker has settled on six separate subjects for the 90 minute event, with the Commission for Presidential Debates officially revealing the topics in a statement on Saturday.

The debate will kick off with a 15-minute segment on ‘Fighting COVID-19’, before the candidates move to discuss ‘American Families’.

‘Race in America’ and ‘Climate Change’ will also be on the agenda, as will ‘National Security’ and ‘Leadership’. 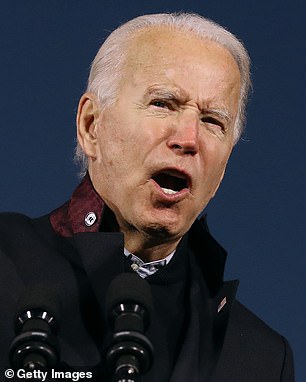 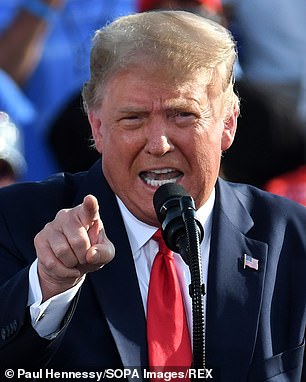 The topics for the final presidential debate have been officially decided, with President Trump and Joe Biden set to spar over race relations, climate change and COVID-19 in Nashville next Thursday night

Trump and Biden faced off at their first debate on September 29 – an event which quickly descended into chaos as they lobbed insults and spoke over one another.

The pair were scheduled to debate for a second time on October 15, before Trump pulled out, refusing to partake in a digital format.

Instead, the pair conducted separate town halls, with Trump facing a grilling from NBC’s Savannah Guthrie.

Like Guthrie, Kristen Welker – the moderator of the final debate – is an NBC employee.

Some on social media are already claiming Welker should not host the event, as she has ties to the Democratic Party. 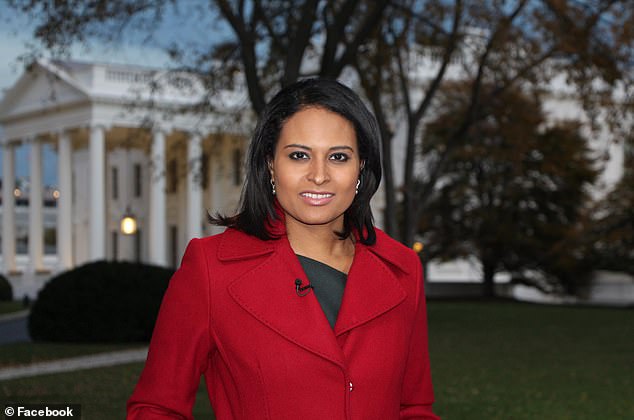 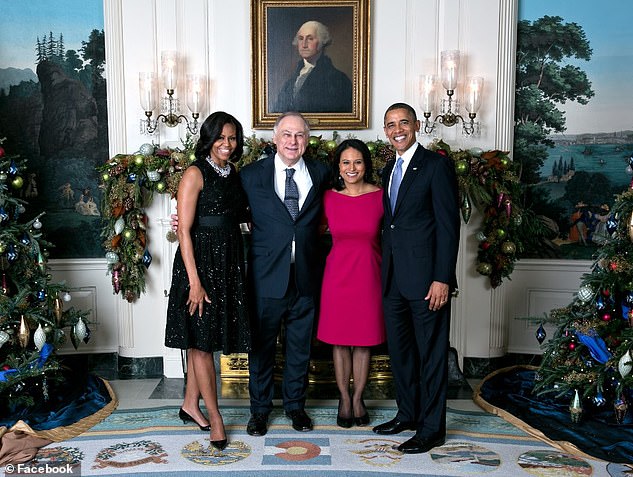 Welker celebrated Christmas at the Obama White House with her dad back in 2012. She is pictured standing next to the President Obama

According to The New York Post, the 44-year-old, ‘comes from an established Democratic family – who have poured cash into party coffers, and to Trump opponents, for years’.

They additionally donated ‘close to $20,000’ to President Barack Obama.

Welker celebrated Christmas at the Obama White House with her dad back in 2012.

Photos on social media show the journalist and her father smiling as they stand beside the President and the First Lady.

Welker was registered as a Democrat in both 2012 and 2004, although her current party affiliation is not publicly known.

Former Republican Speaker Newt Gingrich blasted the decision to have Welker moderate the debates, writing on Twitter: ‘Savannah Guthrie’s bias against President Trump will probably be exceeded by Kristen Welker’s bias at the next debate.

‘Choosing Democrat Welker as a ‘moderator’ is one more example of why the Commission on Presidential Debates should be abolished and no Republican candidate should ever again agree to work with them.’

Meanwhile, a senior White House official told The New York Post: ‘Anyone who’s ever dealt with Welker knows she’s an activist, not a reporter. The White House press team views her the same way they would AOC or Pelosi if they walked in the office.’ 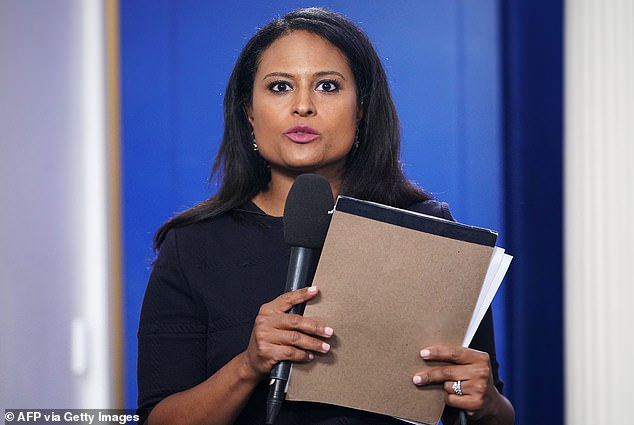