Victoria has recorded its lowest number of new coronavirus cases in 11 weeks as it recovers from a second horror wave of the virus.

The state recorded 35 new cases and seven more deaths on Monday to take the state’s death toll to 730 and the national count to 817.

While Melbourne will remain under stage four lockdown until at least September 28, stage three restrictions in regional Victoria are expected to ease within days. 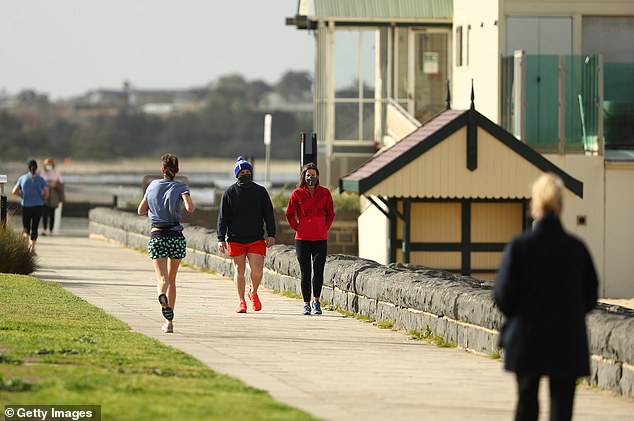 Melburnians will enjoy slightly more freedom from Monday with their daily exercise time is doubled from one hour to two, while playgrounds and outdoor fitness equipment have reopened.

The city’s strict night curfew will also be reduced by an hour to start at 9pm instead of 8pm.

Residents living alone or single parents are now permitted to have one other visitor as part of a ‘social bubble’.

There’s growing hope stage four restrictions will be lifted in two weeks if the rate of new daily cases stays under 50.

Restrictions that could be eased come September 28 include increased limits for public gatherings and a staged return to school for some students. 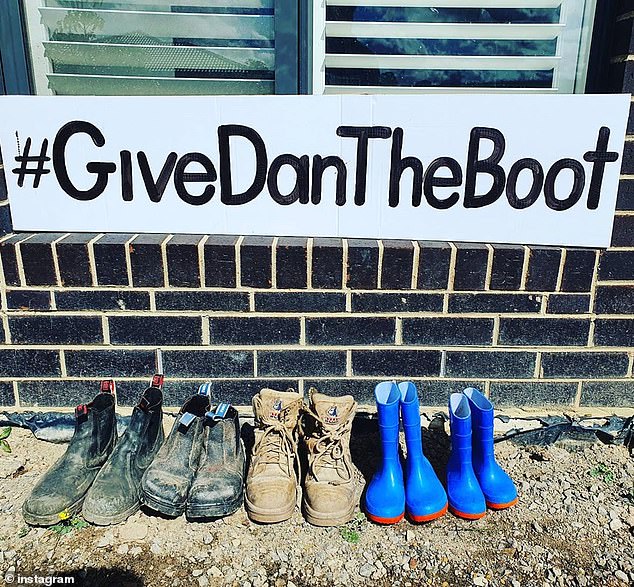 The 14-day case average for Melbourne currently stands at 56.9.

‘If you project forward 14 days, you would expect the 14-day rolling average to the end of September would be absolutely no more than 48,’ Victorian Chief Health Officer Brett Sutton told reporters on Sunday.

More than 70 people were arrested as anti-lockdown protesters clashed with police at Melbourne’s Queen Victoria Market on Sunday. 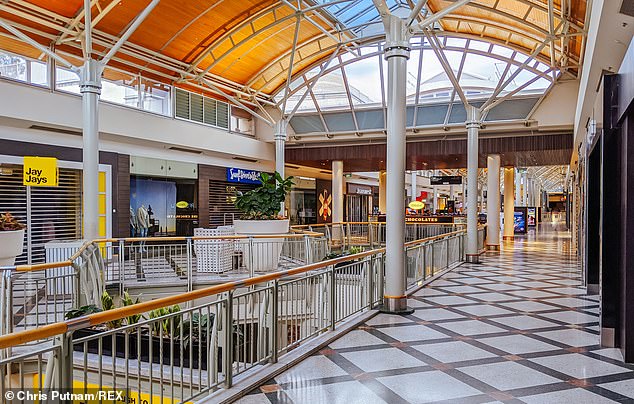 Most non-essential Melbourne retailers are expected to remain closed until late October under the Premier’s roadmap out of lockdown. Pictured is  a deserted Greensborough Shopping Plaza in Melbourne’s north-east on Saturday

Thousands of other Melburnians took part in a at-home #GiveDantheBoot mass protest against lockdown by placing their shoes outside their front doors in a united show of frustration with Premier Daniel Andrews over the draconian lockdowns.

The widespread public frustration comes after Mr Andrews revealed Melbourne’s roadmap out of lockdown a week ago.

Currently Melburnians are in the midst of tough Stage Four restrictions which mean residents can only leave their house for four essential reasons – which as gutted local businesses and wreaked havoc on the economy.

Non-essential retailers are expected to remain closed until at least late October. 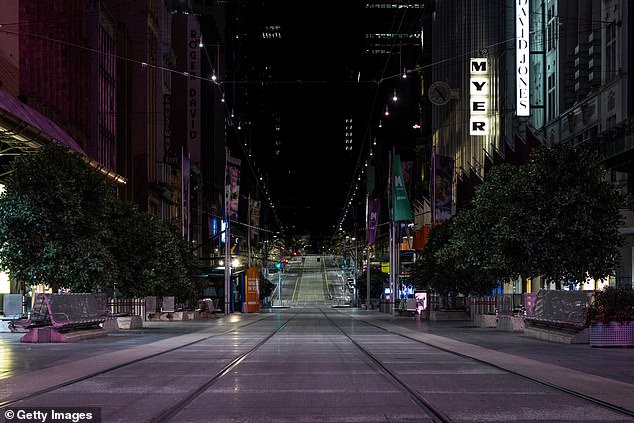 Melbourne’s night curfew will be reduced by one hour to start at 9pm. Pictured is a deserted Bourke Street Mall on Thursday night