‘Simply not getting the message’: One of Sydney’s most popular upmarket pubs is slapped with a $5,000 fine for blatant coronavirus breaches

A trendy Sydney pub has been hit with a $5,000 fine after undercover officers found it was blatantly breaching coronavirus restrictions.

The Watsons Bay Boutique Hotel in the city’s eastern suburbs was slapped with the fine on Friday night, after it failed to follow its own COVID-19 Safety Plan.

Undercover inspectors from Liquor and Gaming NSW found patrons were standing while drinking and there was no spacing between gaming machines. 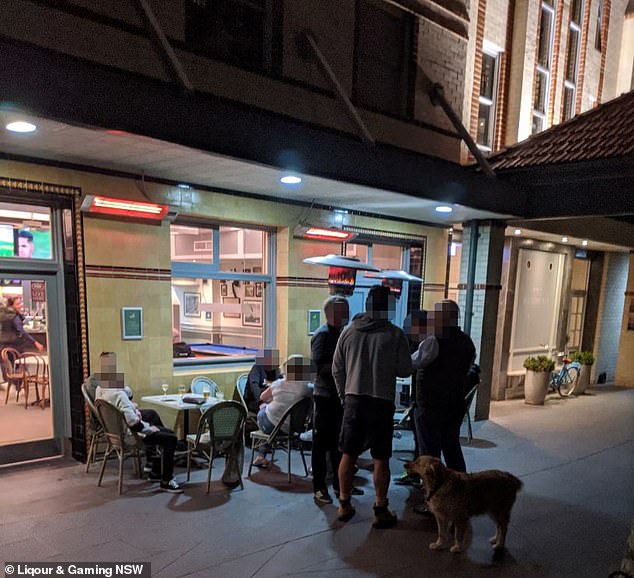 The Watsons Bay Boutique Hotel (pictured) in the city’s eastern suburbs was slapped with the hefty fine on Friday night, after it failed to follow it’s own COVID-19 Safety Plan 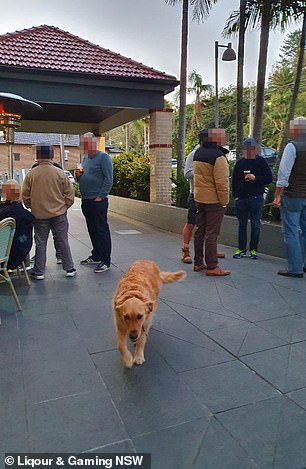 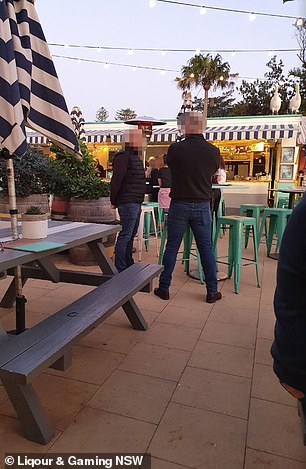 All gaming machines were operational, which goes against the venue’s Safety Plan where every second machine should be switched off.

Separate groups and tables were also found to be sitting within 1.5metres of each other.

Liquor & Gaming NSW Director of Compliance, Dimitri Argeres, said the popular pub is the 15th venue to be fined in three weeks.

‘While most venues are making serious efforts to comply with all the conditions, it’s disappointing that some are simply not getting the message,’ Mr Argeres said.

‘Flouting these measures is not only bad for the health and safety of patrons; it’s also bad for business.’

The fine is part of a crackdown on venues across Sydney as the city tackles a growing number of outbreaks linked to hospitality businesses. 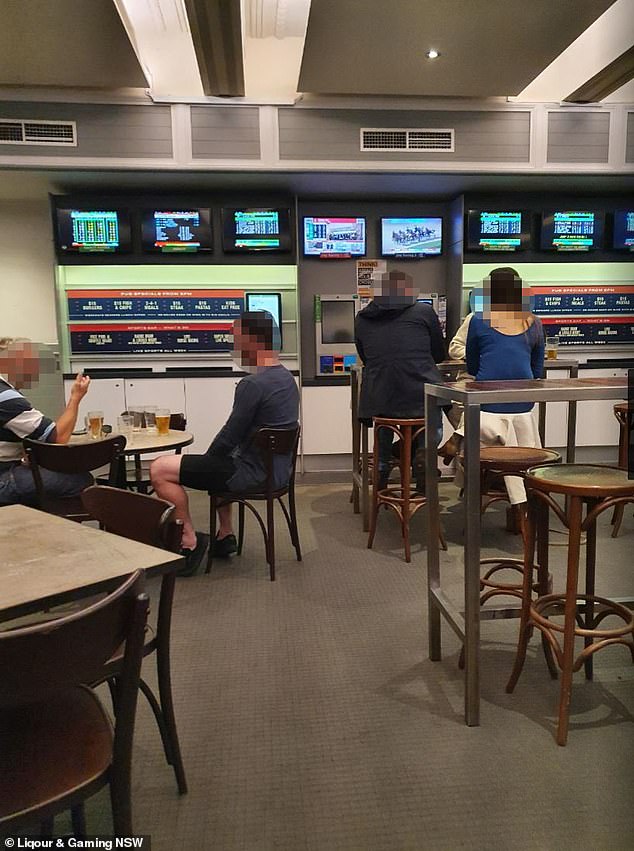 People were found to be sitting within 1.5metres of other groups of people at the pub 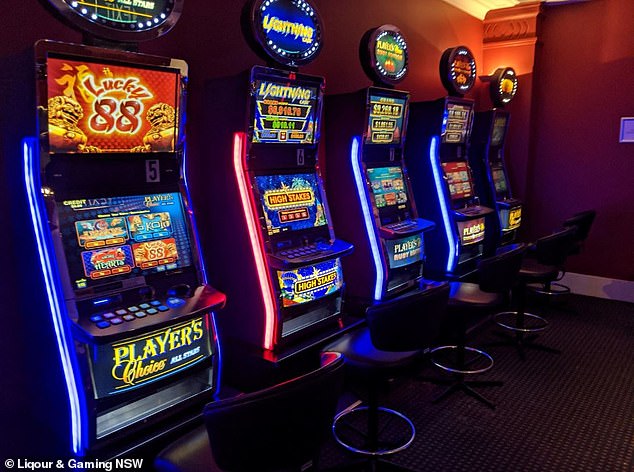 All gaming machines were operational (pictured), which goes against the venue’s Safety Plan where every second machine should be switched off. 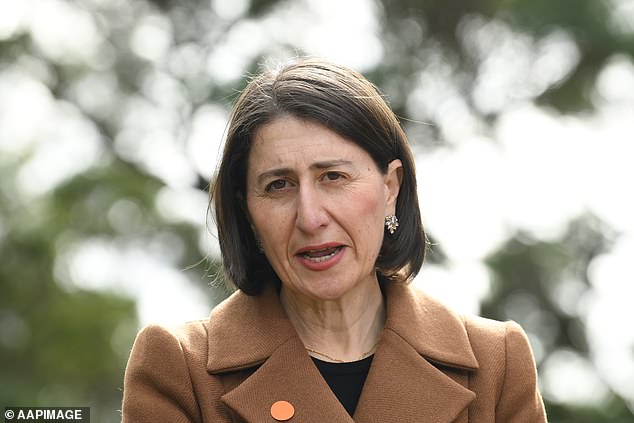 ‘This latest penalty serves as a reminder to all hospitality businesses that the chances of being caught for non-compliance are high,’ Mr Argeres said.

‘In addition to 240 inspectors from the NSW Department of Customer Service, there are over 15,000 police officers who can inspect venues at any time anywhere in NSW.’

The undercover operation on Friday found the popular Golden Sheaf Hotel in Double Bay to be fully compliant with its safety conditions.

It comes after the pub was the first venue to be fined under new COVID-19 enforcement powers when police were called to disperse 250 people in a line on July 9.

‘It’s pleasing that the Golden Sheaf has learnt from its mistake and was not only found to be fully compliant but was also using best practice measures such as having staff escort new patrons to tables and drinks being served to tables,’ Mr Argeres said.

Ten other hospitality businesses are due to be fined over serious breaches of public health orders over the weekend.

Inspectors visited 420 licensed venues and issued up to $50,000 in penalty infringement notices.

The fines are additional to four already issued by Liquor and Gaming which brings in the total number of penalties issued to $70,000.

Venues that will be fined include Mapo Galbi Korean BBQ and Yai Thai in Gosford, as well as Thai Thyme and Hero Sushi in Erina.

Most breaches were for not having a COVID-19 Safety Plan in place, non-compliant record keeping and insufficient physical-distancing.

Executive Director of Compliance, Peter Dunphy, said any business willing to put patrons at risk of COVID-19 was ‘reckless’.

‘It beggars belief that anyone would want to eat, drink and mingle, shoulder to shoulder with others during a pandemic,’ Mr Dunphy said. 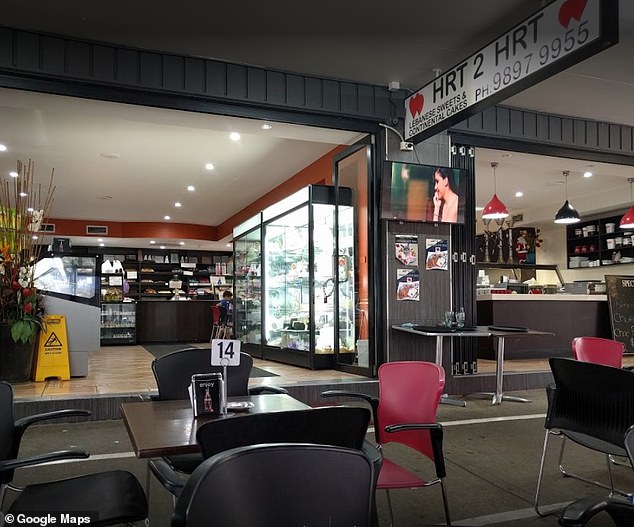 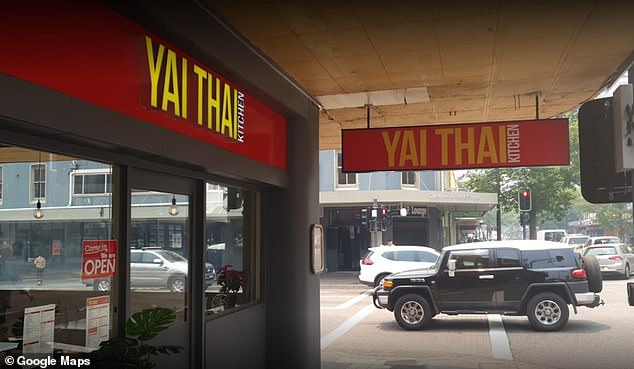 ‘On Friday the mandatory COVID safety measures were expanded from pubs to cover all hospitality venues and that message was communicated loud and clear.’

Mr Dunphy said pubs, clubs, bars, casinos, cafes and restaurants are all considered high-risk for transmission of the virus.

‘They are subject to public health order conditions specifically designed to keep them open and keep our communities safe,’ he said.

‘It is public knowledge that COVID clusters have spread rapidly at restaurants and jumped from suburb to suburb. The measures have not been taken in vain – they are vital protections for workers and customers.

‘We all need to play it safer – businesses as well as customers.’

On Saturday it was announced an 83-year-old man linked to Sydney’s Crossroads Hotel COVID-19 cluster has died. 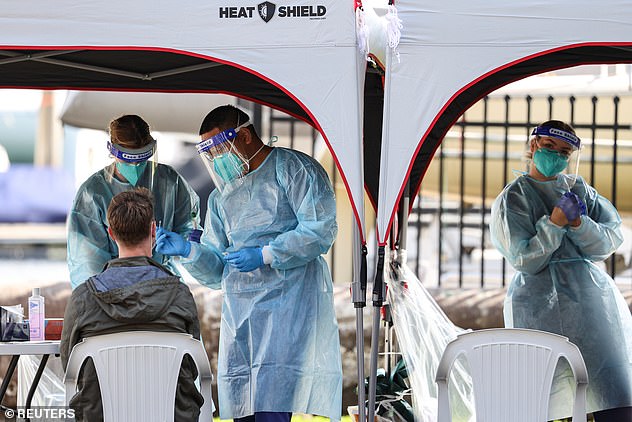 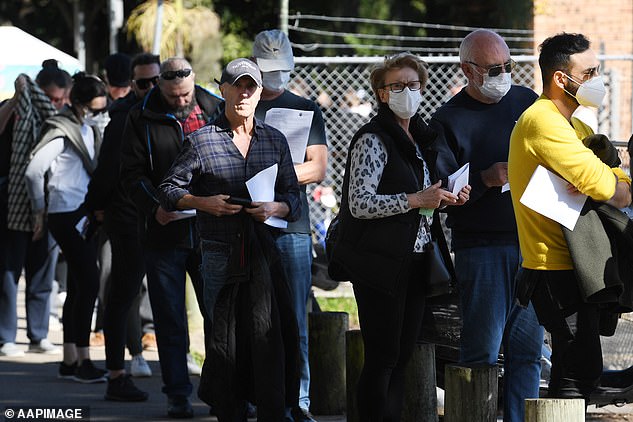 Of those cases, one does not have a known source and two remain under investigation, while three of the 17 cases were returned travellers in hotel quarantine.

‘It beggars belief that anybody would turn on the TV news bulletin today and see what’s going on in Melbourne and want to breach the law in NSW,’ Mr Elliott told reporters.

NSW Police said the fines were issued on Saturday night in relation to large parties in East Jindabyne and Maroubra, while a separate beach party in Mosman is being investigated after two 16-year-old girls required medical treatment for excessive alcohol consumption. 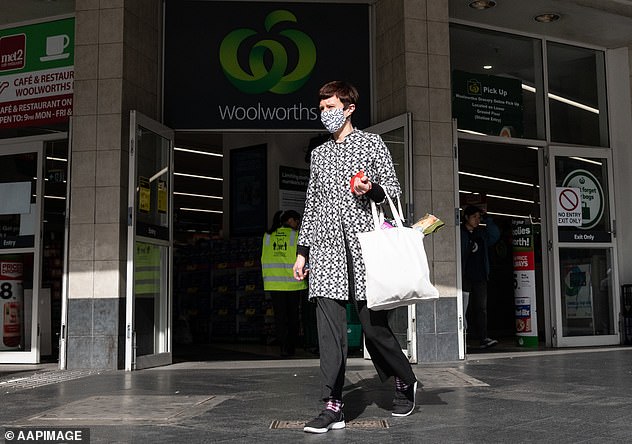