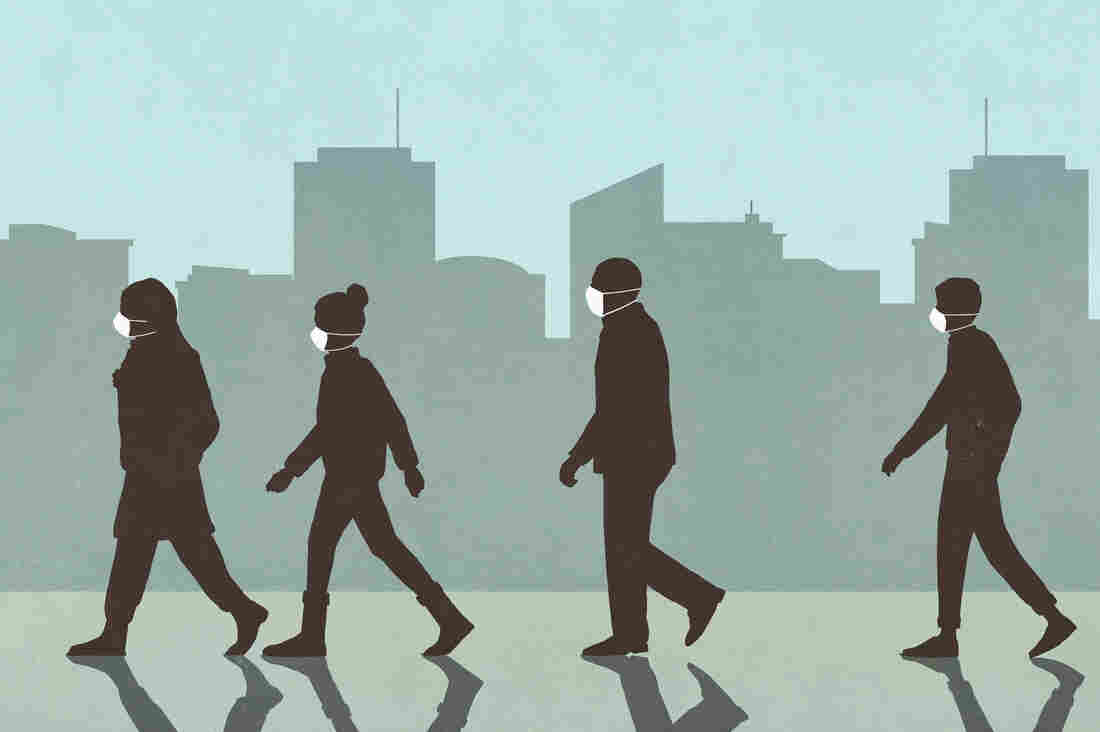 A strange thing happened this spring.

As co-workers began to get sick, essential worker Yudelka LaVigna took an unpaid leave of absence. When she got her unemployment benefits, she realized something unheard of: She was making more money not working.

“That just kind of opens your eyes,” says LaVigna, who’s now back at her New York call center job for essential services.

When the government shut down the U.S. economy in a bid to tame the spread of the coronavirus, Congress scrambled to help tens of millions of people who lost jobs. The government rushed one-time relief checks to all families that qualified and tacked an extra $600 onto weekly unemployment benefits, which are usually less than regular pay and vary by state.

But so far, lawmakers have not passed any measure to increase pay for workers who were asked to keep going to work during a highly contagious health crisis. Some companies did create hazard, or “hero,” pay — typically around $2 extra an hour or a one-time bonus. Most have since ended it.

So those boosted unemployment checks have created a bizarre distortion in the labor market, where holding on to a job doesn’t guarantee being financially better off than losing one.

LaVigna says it’s a weird imbalance. “You feel like, you guys [the government] never have money for people that really need it, and all of a sudden you have money for everybody,” she says. “But then the people that are still essentially working don’t get the recognition that they deserve.”

Few employers have compensated extra for on-site work amid the health crisis. A recent survey by the Economic Policy Institute found that fewer than a third of people who had to leave their homes to work during the pandemic received additional pay or benefits. As U.S. coronavirus cases persist and some states are even backtracking their reopening plans, workers have flooded social media with calls for hazard pay.

The Facebook group “Give Essential Workers Essential Pay” drew nearly 4,000 members in a matter of weeks: cashiers and bus drivers, pharmacy technicians and sanitation workers, welders and machinists. They post pictures of the thank-you gifts their companies have sent them: hats, bracelets, T-shirts and gift cards.

“We got videos from our employer saying thank you. We got musicians from the Grammys, or whatever, saying thank you. … If we’re so thanked and so important, why don’t they write a bill for us?” says Nick Stone, an essential worker at a Nevada plant that supplies rocks and other construction material for roadways and housing.

“Think about the coal miners that go underground and risk their lives, and why their wages are increased compared to a surface miner,” says Stone, a longtime miner. “This pandemic was the same thing. We [essential workers] let everybody stay at home, and we put the country on our back to carry it. … But we didn’t choose to do this. This was asked of us.”

Many social media conversations about hazard pay inevitably bring up the extra $600 weekly in unemployment benefits that workers wish they received too. It’s a stark reminder of just how much of a difference that money can make to millions of working families.

Studies have begun to show that the additional pandemic aid threw a critical lifeline to low-income households, keeping many from poverty. It was easier to access compared with the typically onerous bureaucracy of U.S. safety-net programs. And experts who study poverty say that this money did a better job approximating a living wage than many minimum-wage jobs do.

“All of a sudden when we actually want to help people, we think that $600 a week is the kind of amount that seems reasonable,” says Liz Ananat, an economics professor at Barnard College, Columbia University. “I was honestly astonished by $600 a week, because it was so generous compared to what I’m used to looking at.”

But the short-lived pandemic boost ends at the end of July. Ananat’s research also suggests that roughly half of those who’ve lost work are still waiting for their unemployment checks. Many have no savings to fall back on.

Essential workers understand that the situation is messy.

“I’m not angry at anyone receiving that [unemployment]. I can’t be angry, because you have to still feed your family,” says Sandra Ellington, a custodial worker at the Cleveland Hopkins International Airport in Ohio. 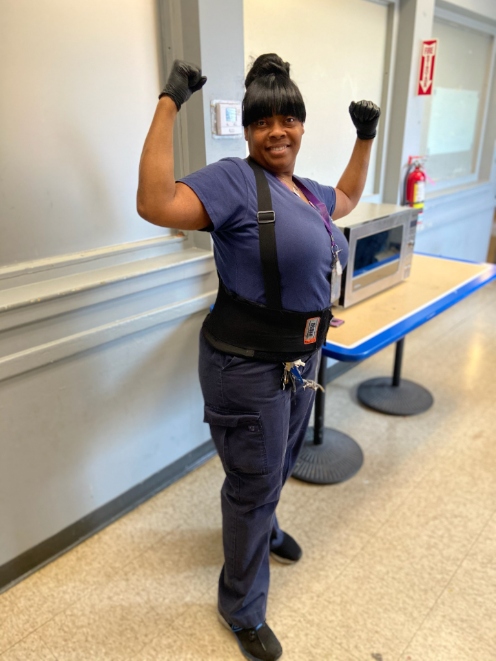 Ellington knows the importance of her work — and she says she has found a way to commute to work and keep the airport clean as safely as possible.

But her life has changed. She’s couponing more, because groceries have gotten more expensive. And it has been months since she has hugged her mom, who’s 70 and used to come over for a cup of coffee on the porch a few times a week, but had to stop. Ellington has seen her from the car while dropping off supplies. They say “I love you” to each other from a distance.

“We’ve worked through it all. … We’ve been there through the whole fight,” Ellington says. “We did not get the option [to stay home]. And I’m not mad I didn’t get that option. But I should be paid essential pay.” 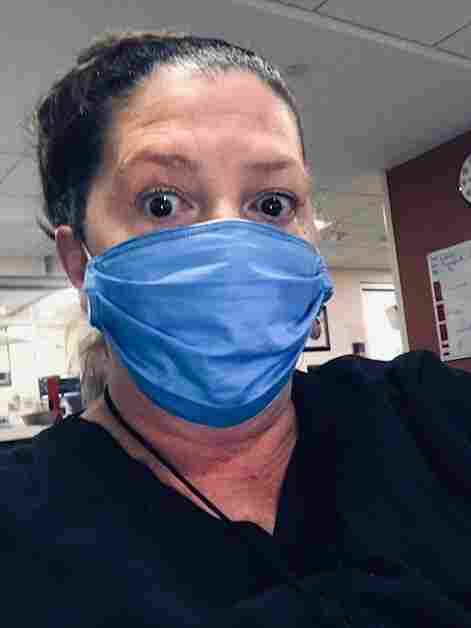 Lisa Cianci, a medical secretary near Boston, has been working 12-hour overnight shifts at an emergency room. On a recent call, her dad suggested she take a vacation because she sounded stressed.

“I’m psychologically, mentally, emotionally — I’m like, spent,” Cianci says. “And I feel like I’m not the same person.”

She’s hopeful that lawmakers will pass some kind of hazard pay for essential workers and finally come out and show that “We haven’t forgotten you.”