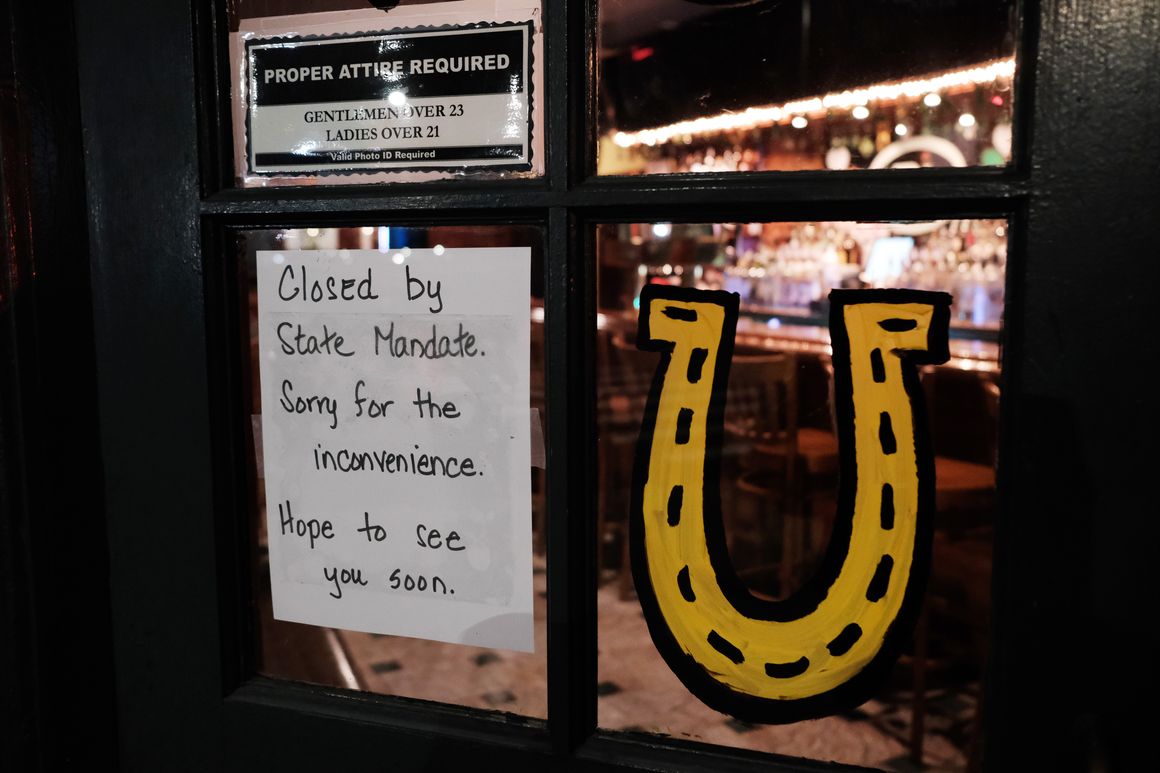 Can the state tell your favorite local restaurant to close, or tell you that you must stay at home unless it’s absolutely necessary to leave, because of an emergency? The governors of New York, New Jersey and Connecticut have closed down bars, movie theaters and dine-in restaurants. Six counties in the San Francisco Bay Area have imposed a shelter-in-place order that allows people to leave their homes only for essential activities.

In response to these drastic measures intended to slow down the spread of coronavirus, there are plenty of voices on social media, and even some in government, denouncing such measures as unprecedented, un-American and unconstitutional. Most of us have never imagined such impositions outside of a situation of armed conflict, but allegations that those measures in the current circumstances are unlawful are wrong. And this is a case where legal misinformation can exacerbate a public health crisis.

States—and their cities and counties by extension—possess what has long been known as a “police power” to govern for the health, welfare and safety of their citizens. This broad authority, which can be traced to English common law and is reserved to the states by the 10th Amendment, is far from radical; it justifies why states can regulate at all.

The police power of the states has been invoked on multiple occasions by the Supreme Court, often in contrast to the limited powers of the federal government—for example, in Chief Justice John Roberts’ opinion in the 2012 Obamacare case. This power also has been recognized in the context of public health for decades. In a 1905 Supreme Court case that upheld mandatory smallpox vaccinations, the court observed that “upon the principle of self-defense, of paramount necessity, a community has the right to protect itself against an epidemic of disease which threatens the safety of its members.”

What does this mean for the drastic coronavirus responses we’re seeing across the country? State and local governments can indeed decide to force even unwilling businesses to shut down, require people to stay mostly at home, impose curfews and even threaten noncompliance with arrest if necessary. (Thankfully, with COVID-19, we have so far seen mostly peaceful, even if begrudging, compliance to “flatten the curve” so that our health care workers and hospitals are not overwhelmed.) But, you might ask, don’t I have individual rights, even in a pandemic? Of course you do. We possess constitutionally protected rights to assemble and travel, for instance. State and local governments must be careful to make sure that measures they impose to protect people are not overly broad and are taken only for justifiably important reasons.

Our legal history is filled with cases where government has had insufficiently important reasons to justify restrictive measures, or where the measures themselves are overly broad. Or even cases where government restrictions turn out to have been implemented for impermissibly discriminatory reasons, such as when the city of San Francisco targeted only its Chinese residents in a bubonic plague outbreak in 1900. Not all exercises of the police power will withstand constitutional scrutiny.

But the very existence of this framework—the balance between the need to protect the public and individual rights—assumes that there will be times when there are truly compelling emergencies justifying severe measures. A global pandemic that spreads even among those who are asymptomatic and could exceed the capacity of the American health care system would appear to be just such a compelling situation.

When prominent voices tell the public that these drastic measures are somehow inherently unlawful or obviously unconstitutional, they detract from the social solidarity we need right now. People who are misled about what the government may do, and confused about its established powers, might not take heed of the necessary measures to protect their own health and that of their communities.

At some point in the future, we could see a coronavirus response that has gone on too long or is too broad to justify its burdens. Or we might see instances of people who were denied civil liberties without real justification. Even now, you might feel that these measures are too little, too late, or that they are drastic, and burdensome. But if we are facing a window of opportunity that is rapidly closing, to say that the states cannot try to use their most basic authority to save lives is not only wrong—it might be deadly.